Free Speed in triathlon.  We all want it, but how do we get it?

By improving your transition.

The transition is where you get “Free Speed” because it’s a lot easier and takes less effort to get a faster time through a quick transition than it is to get faster in swimming, cycling or running.

To start with, you want to give yourself plenty of time to set-up & warm-up before the start of the race.  You’ll also need to pick up your race number, get body-marked & visit the porta-potty (we’re all a little nervous before races, so there will be a line!).

You want to keep your transition area simple and do as little as possible in transition during the race.  If you’re a minimalist, that will be easy.  If not…well, then it’s something you’ll need to work on.

Lay out only the items you need for the race and no more.  Everything else can go back into your transition bag.  That means only your bike, helmet, bike shoes, sunglasses, running shoes, and any clothing/socks you’ll need to race. After racking your bike and setting up your transition area, look for landmarks and count which row you’re in.  You don’t want to try to figure it out after the swim.  After spending some time horizontal during the swim, it’s easy to become disoriented running to transition.  So do the work now and make it easier for yourself later on.

When Setting Up Your Bike:

Be Sure That the Brakes on Your Bike Aren’t Rubbing

If you take the wheel off your bike while travelling to the race, you want to check that everything is lined up when you put the wheel back on.

Make Sure it’s in an Easy Gear

You don’t want to start the bike portion of the race feeling like you’re going uphill!

Check That You Have Everything On Your Bike

Make sure your race number is on the bike along with any nutrition/hydration you may need for the race.

Also, you should always have a saddle bag on your bike with tools & spare tubes.  Be prepared for something to go wrong on the bike.

Make sure that the computer on your bike is reset and ready to go.

If You’re a Beginner

You’ll see people in transition the morning of the race pumping up their tires, but that’s not something you need to do.  Pump up your tires at home at room temperature.  Air expands when it heats up and the cooler morning air before the race start could have you unintentionally over-inflating your tires.  As the sun comes up and as you ride your bike, the air inside the tubes will expand.  This is something that needs to be taken into account when pumping up your tires.

Set up your bike with your shoes on it so you can do a flying mount & dismount.  Remember to keep the velcro on the shoes open so you can slide your foot into it once you start pedaling.

If you’ve never tried this before, race day is not the time to learn.

Keep your stuff together and neat.  Don’t interfere with someone else’s transition area.  And after the race, make sure you don’t accidentally take other people’s stuff.

Remember: practicing transition is the best way to get better at it and the best way to get free speed in triathlon.  Whether you race sprint triathlons or the Ironman, a faster transition will benefit you.  In fact, the shorter the race, the more important it is to have a fast transition.  It could mean the difference between first place or fifth. 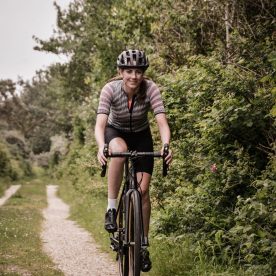 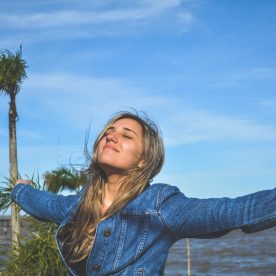 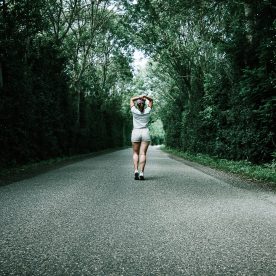 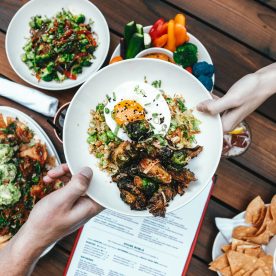 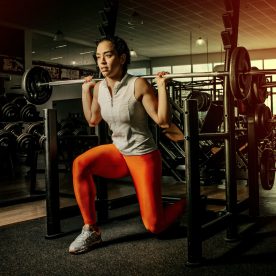 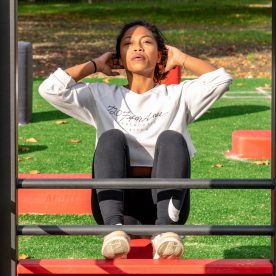